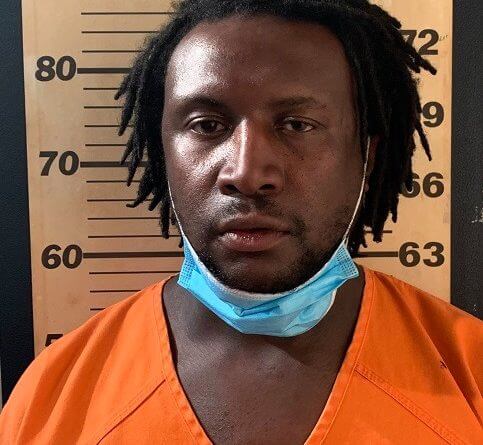 Starkville police made an arrest for attempted murder after an altercation on Sunday.

Saturday night, April 4, 2020, at 9:28 P.M., officers responded to the report of a fight at 104 East Garrard Road. Briefly after the initial call, a second call of a shooting was reported. Due to Executive Order 1466 we’ve had a much larger saturation of officers to supplement the standard patrol shifts. Officers responded and made an arrest within two minutes of the E-911 call.

Officers arrested Edward Dotson (39), of Starkville, for attempted murder. The male victim was flown out of the area for further treatment.

We would like to thank the Oktibbeha County Sheriff’s Office and the Starkville Fire Department for their quick response and their assistance once on scene.

If you have any information please contact the Starkville Police Department at 662-323-4131, Golden Triangle Crime Stoppers at 800-530-7151, or through our anonymous tip system on our website.