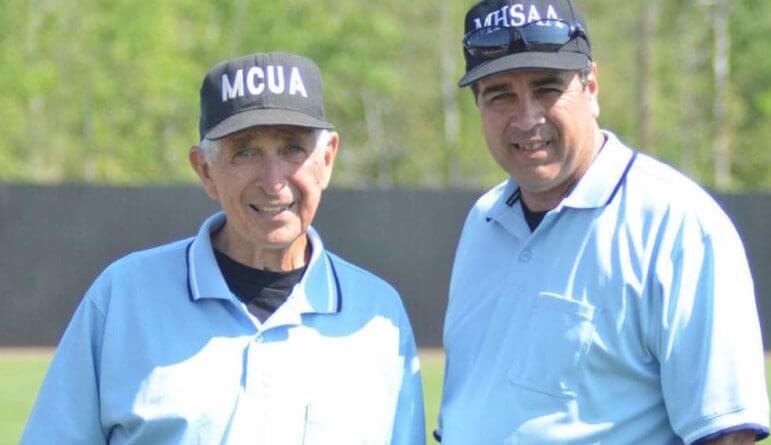 If somebody needed a referee or an umpire, Phillips was always ready for the task. Just as his father before him, he loved sports and he loved the kids. In south Mississippi, he was surely one of the most respected of people who usually don’t receive much respect at all from players, coaches or fans.

So it was that when an official was needed for a pair of high school games in Amite, La., Tuesday night, off he went for a two-hour drive both ways and three hours of running up and down a hardwood floor and blowing his whistle, all the while armed with the knowledge that nearly every call he made would make somebody mad.

And when he was done, he headed back home. He never made it. On U.S. 98, in rural Walthall County, he collided head-on with another vehicle that was going the wrong way down a four-line highway just as both vehicles topped a hill. Drivers of both cars were killed. There were no passengers.

Officials and coaches all over the southern part of the state are grieving this week – black and white, male and female, private school and public school.

Said Tony Vance, the head football coach and athletic director of Hattiesburg High, “Forrest was an awesome official and a great guy, as genuine as they come. He was always on an even keel. If he missed one, he’d let you know. You appreciate guys like that.”

Said Steve Knight, William Carey’s Hall of Fame basketball coach, “Who didn’t like Forrest? How could you not like him? As an official, he was consistent, and he was knowledgeable about any sport he called. He was a professional.”

And this from Robert Holloway, who supervises officials for the Mississippi High School Activities Association, “If we had about a hundred of them like Forrest, we would have the best officials association in the country and it wouldn’t even be close. He was always positive, always professional. He never got rattled. If you had Forrest on your crew, you knew you were going to be all right.”

It takes a special kind of person to officiate and do it well. It’s about more than knowing the rules and having good eyesight. It’s about judgment, about patience and about temperament. It’s about having somebody call you a blind S.O.B. and not letting it bother you.

You should know these guys in striped shirts taking all the insults from coaches and fans are not getting rich. In Mississippi, the pay for officiating a high school football game is $100. For basketball, it’s $60. For baseball, it’s $80. You pay your own expenses. You buy your own uniforms, shoes and equipment.

Little wonder there’s a shortage of high school officials around the country, including Mississippi.

“Some of our district associations around the state simply don’t have enough officials,” Holloway said. “It’s becoming a problem. The older guys are retiring and we don’t have enough young people replacing them. Frankly, a lot of the young ones quit because of a lack of sportsmanship by the fans and coaches.”

Said Les Triplett, executive director of the Mid-South Association of Independent Schools, “We have older officials who probably should be retired but who stay on because they know there’s a shortage.”

Once, a couple years ago, all four of the Phillips men umpired the same high school baseball game together. They wanted to have the experience. They did it for free.

Said Chip, “It was down in Leake County. Clay was behind the plate, Dad was at third. I was at second and Grandpop was at first. That was fun.”

Chip Phillips admits the criticism from coaches got to him when he first began officiating. Naturally, he called his dad, who told him “to hear them out and be respectful and then call it the best you know how.”

You should also know that all four of the Phillips men are Ole Miss men. Back in the late ’70s and early ’80s, Forrest Phillips was both a football and baseball manager for the Rebels.

“Best manager I ever had,” said Jake Gibbs, one of the state’s all-time greatest athletes and former baseball coach at Ole Miss. “He was better than what we had when I was with the New York Yankees. Everyday, you came in the locker room and the helmets and shoes were polished, the floor was spotless, the uniforms were hanging neat and clean and there was Forrest asking what else you needed him to do. He was a worker. I tell you, this has hit me hard. He was such a wonderful person. I just can’t believe this happened.”

“In any situation, Forrest was always so positive,” Green said. “He had a calming demeanor that had a way of settling down coaches, putting them at ease. He was such a lovable person who would do anything for anyone.”

Green paused, before continuing, “This hit us down here the way Kobe’s news hit the world. I mean, we’re just stunned. I didn’t know Kobe Bryant but I knew Forrest Phillips and he was a good, good man. … Man, this is a hit.”

This article first appeared on Mississippi Today and is republished here under a Creative Commons license.